Casthouses often add too much grain refiner and have a “just add more” philosophy when it comes to solving casting problems.

The concept of Optifine was discussed in a series of technical discussions that took place between the casthouse technical team and MQP technical personnel. Firstly a series of tests were performed using MQP’s unique Opticast test in order to characterise the production process as it was at that time. The conclusion of that study was that the addition rate could be significantly reduced without affecting the final grain size in the casting. 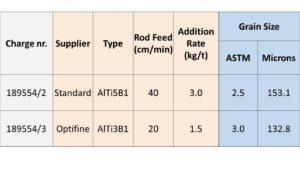 The results of grain size measurement tests performed with both Opticast and traditional metallographic analysis showed the grain size remained within the customer specification.  Typical results are shown in the table.

During a subsequent casthouse visit there was a discussion about the addition rate of Optifine being used on a Zr containing alloy, as it seemed to us that the rare was really high, around 2kg/t, and therefore the economics of using Optifine were invalid. The casthouse technical team explained that their casting table provider had recommended at rate of around 6.5kg/t and so the economics actually worked in the casthouses’ favour.

The same situation was seen with the slab casting that the addition rate was able to be reduced thereby improving the economics of the casting operations as well as the downstream quality. This lead to the casthouse being able to qualify for the hitherto application they had been excluded from in the past

The introduction of Optifine into the production process at this major European billet and slab producer has resulted in significant reduction in the cost of grain refining and had a positive impact on the quality of the billets cast. In addition the quality difference was reported to them by their customers and allowing them to enter markets hitherto inaccessible. 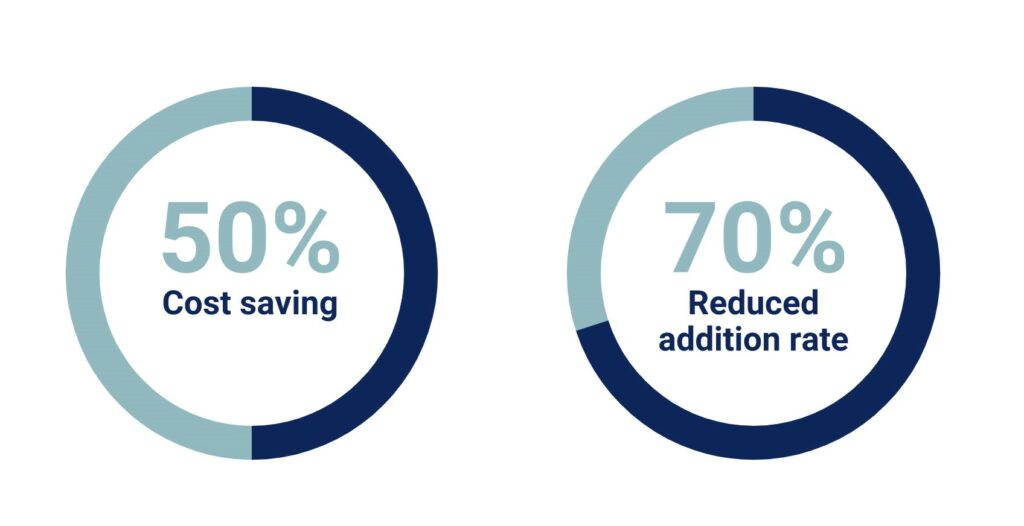